Important note when hoping to travel by Viazul: The day prior we had tried to obtain some bus tickets to Varadero with the sole Cuban state tourist bus line called Viazul. No luck there as bus tickets were sold out for the next several days. Typically in most other countries I’d have arranged this type of transportation well in advance but the only way to do this in Cuba was to show up and be added to a list for tickets if there were any available seats. It added a little bit of edge that you were not even obtaining a physical ticket at this point and simply being added to a handwritten list and told to show up 30-60 minutes before departure to claim your seat and pay for your ticket. 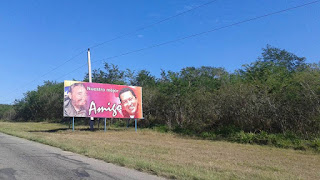 After striking out at the bus depot seeking transportation to Veradero we were approached by someone arranging Taxi Collectivo rides which are shared cabs to the same destination. We made travel arrangements but had no idea how to describe our pick up location so the organizer walked back with us to chat with our Casa Particular hosts and make a note for the driver. The next morning the driver arrived about 20 minutes ahead of our 9am scheduled pickup. We never imagined anything would happen ahead of schedule on the island but we quickly gobbled our breakfast, paid our hosts and were on our way to Varadero! Our companions on this ride were a couple of friends visiting from Poland that were having a bit of a rough morning so there was not much conversation on this drive. This was one of our longer rides from the South to North end of the island. Thirsty?? Too bad! While this driver was happy to make stops at the side of the road for rest breaks he was much less inclined to make stops for water and it took about a dozen requests in Spanish before he was willing to pull into a highway stop for hydration.

Note: Make sure that you prepare ample supplies prior to the trip in case you end up with a driver like this that is not very cooperative (or the car has troubles).

When we arrived in Veradero we headed over to the next Casa which had been pre-arranged by our host in Trinidad. Much to our chagrin there was once again an issue. This time the hostess claimed she had no such knowledge of our host or us! She graciously made a couple of calls and led us a few houses further along the street and we were good to go. The mix up here worked in our favour this time as the new Casa was away from the main street and absolutely stunning! The main floor had been divided into 6 rooms for tourists to stay with a couple of indoor and outdoor common areas which were great for meeting the other guests visiting from Germany, France, Argentina and Vancouver, Canada. Our rooms were not quite ready yet so we left our bags and headed out for lunch and what would be the only disappointing meal for myself of the trip. We ate at an “Italian” restaurant where I ordered some Cannelloni and received something with the look and texture of a burnt crepe. After lunch we headed back to unpack and change for some beach time! 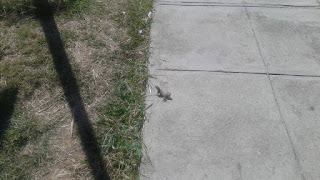 The instant we arrived at the beach we realized why it had received such international acclaim. It stretched on in both directions for as far as the eye could see, dotted locally with occasional small hotels and views in the distance of large resorts grouped at the far peninsulas. The waters were a very clean light blue and the sand soft and smooth. The Oceanside road was hidden from sight by groves of palm and other trees where you could rest away from the sun. Best of all, very few people were here to enjoy it so far from the resorts! After a few hours of wandering along the beach chatting with occasional tourists, swimming and sunning on the edge of the beach in the soft wet sand letting the waves wash over me I decided it was time for my fair skinned self to seek some refuge from the sun. For me this place was one of pristine beauty but it sure had some bite! We decided to part ways for a few hours and I headed back to read in the shade of the deck at our casa particular. 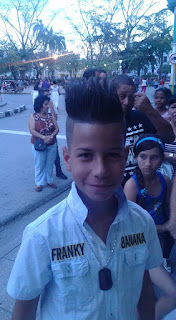 This was when I met Wally. A fellow Canadian visiting from Vancouver that had also last visited Cuba about the same time as my first trip and was far better prepared than us with an assortment of travel books. He happily agreed to lend me them for the day since most of the travel plans I had made for Havana had been saved on my now defunct phone. That sure helped us make the best use of the remainder of our stay. If you ever read this…”Thanks Again Wally!” I met up with my travel companion Dave around supper time and Wally joined us for dinner at a restaurant Dave discovered while chatting up some locals on the way back from the beach. Unlike my lunch this meal was awesome! We shared lobster tails and white fish I introduced Wally to the cheese cream soup which I’d discovered the day before at a restaurant in Trinidad. If you are visiting Cuba (or anywhere else in the world that serves this) I highly recommend giving that a shot! You can customize it by adding ham, seafood, etc. 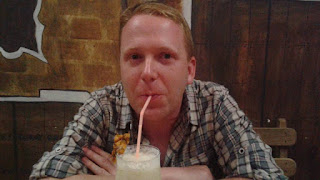 The next morning we rose early and enjoyed a breakfast prepared by our host. It was bit of a different assortment from our last Casa and of course delicious. Some morning beach time was a must and then we decided to make attempting to purchase bus tickets a top priority. Success! We managed to reserve the last 2 seats on a bus heading to Havana the following morning at 11am. On the way back from the station we noticed a couple of banks and decided we had better attempt to replenish our cash flow. This is where I was glad that we took out some CUCs at the airport with cash we had bought at home. The first bank would not let us in without a passport (other government ID was not sufficient), the second bank said if we wanted cash we had to use a machine and then that banks machines didn’t work. We then headed back to the Casa to get our passports and when we returned to the first bank there was a large line so we nervously decided to give the ATM’s a try. I tried first with 2 different credit cards which were both rejected (they had been informed of my travel plans) and then attempted with my debit card and was successful. There was a fee charged of 3% for the withdrawl and a $5 foreign ATM charge at home but I felt these expenses were safer 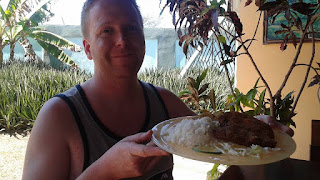 if we needed more cash during our trip than carrying excessive amounts of cash. With this accomplished we spen

Stray dogs had been pretty common up to this point but in Veradero I had begun to notice large numbers of stray cats. In fact a couple of them have decided to join me as I’m writing and I couldn’t help but wonder how they get along with all of the numerous dogs and chickens also roaming the streets competing for food and attention. My La Carte (menu) took off in a gust of wind and as I bolted up to recover it I noticed that the cats had left my side and a large iguana had taken their place. After a while, one of the cats joined me once again and as I sat petting it and wondered what I could order that it might enjoy. I figure it must have given up on me as a source of food and decided my Iguana friend looked tasty instead. Was the circle of life ever different here! I began to understand why Ernest Hemingway found inspiration in Cuba. At this point a busload of tourists arrived at the restaurant and I noticed the sun was starting to set so it was time for me to hit the beach once more.t the next part of the day alternating between exploring the few sights and markets of Veradero. When the sun at the beach became a bit too much for myself we once again parted ways for the afternoon. I initially went to the Casa to work on some trip notes but there was some 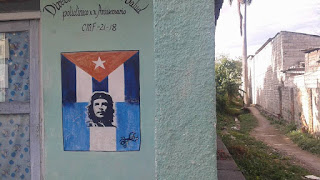 fumigating going on and we were situated downwind from it. I headed over to La Vicara Restaurante to hide under the shade of a thatched umbrella and work on my notes for this trip blog of the experiences we had shared so far while.

That evening I headed out with Wally to check out a Cuban Chinese restaurant at the west end of the strip. He managed to negotiate for a horse cart ride for 6 CUC for the 2 of us down from 10 for the 11 block trip and on the return found a taxi Uber-Pool style for just 2 CUC! We found the Chinese food here was okay but certainly a bit on the bland side which was remedied by some extra sauces that accompanied the meal. We were impressed that they had chopsticks available by special request.e enjoying the best Daiquiri’s we’d had in Veradero and some snacks.